Don’t Make Plans. That seems to be the theme for this past July. The month seemed to be on track for the first week. I picked pie cherries and made a pie (which ended up having a LOT of cherry pits in it) for a 4th of July potluck with our new neightbors. We had planned on having the newest of them, Vern and Vicky Deknicker, who bought the house across the street from us, there. But they had some renovation issues to deal with near Yakima and couldn’t make it. 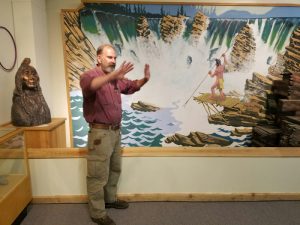 Our first Farmer’s Market of the month went pretty well and afterward I gave Jim Frye a historical tour of the area, which he wrote up on his blog, ProjectWA.org,  Jim is promoting a software application that I have wanted to see for a long time, 468 Insider. The next day, July 7th was great too. Cheryl and I went hunting for giant morel 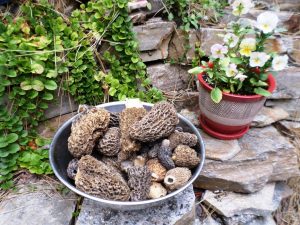 mushrooms and found them along with a nice huckleberry patch that we had not planned on finding.

Then disaster struck. I had been printing and selling a lot of map books, particularly a new one for Ferry County. . On July 8th I walked into the office and red light was flashing on my main printer. There was an error about the ink tray. I took out the ink tray and didn’t find anything wrong. When I put it back in the error changed to an inscrutible error number. No worries! I got out my reserve printer, set it up and turned it on. Another inscrutible error code! It was Friday. The nearest repair shop is 100 miles away. That could wait until Monday. 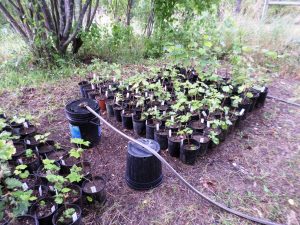 Saturday was the “Great Grape Plant Giveaway”. I did give away a lot of wine grape plants. But I still have most varieties. I figured that the ones that had been in pots for two years would have to be given away or thrown away. We also sold some wine and planned on another tasting the next day. Those folks never came, but there was a lot to do including loading up my two broken printers and another one for parts. The repair shop thought they could fix both right away. I was off to Spokane early on Monday and dropped off the printers. Too early as it turned out for my next stop, I arrived at our favorite Italian grocery in Spokane, Cassano’s.  After waiting an hour until it opened and driving off for more shopping I got the call. The printers 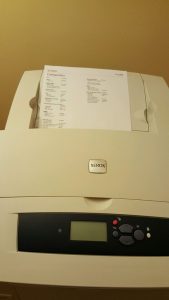 couldn’t be fixed that day. Parts were being ordered.

Getting back home early I hedged my bets by finding another printer online and buying it. It would arrive by the end of the week. My daughter, Bina and her kids had called to say they were arriving that night. They didn’t. But they came the next day and we met her at Bradbury Beach along with a lot of friends and neighbors. We ate a spaghetti dinner using the giant morel mushrooms and it was a big hit. 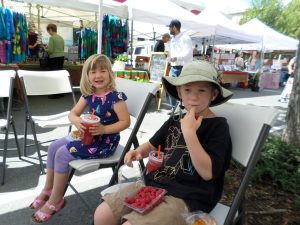 Kids at the Market

On the first day of Bina, Ovid and Nala’s visit, Cheryl and I had our stint at the Farmer’s Market. Bina and the kids caught up with us and we all went to the beach again in the afternoon. That day actually worked basically as planned.

The original plan for July 14th was to revisit the huckleberry patch found on the 6th, but we decided to head straight for the McNully-Freedom Mine which was supposed to have great serpentine, copper and gold. It didn’t. But grandson Ovid Brock did find some rocks to break, and if your main concepts of rockhounding come from Minecraft, breaking rocks is the main thing. We expected to find more huckleberries just up the road from the mine, but didn’t. 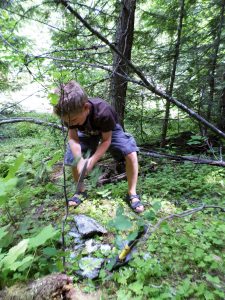 Bina and crew were originally expected to leave the next day but we changed plans and revisited the Lone Star Mine along with Tony, April and my other grandson, James. It was a HUGE hit. There were lots of rocks, some of them genuinely collectable. There was an azure blue lake that stories said would coat our tin cans 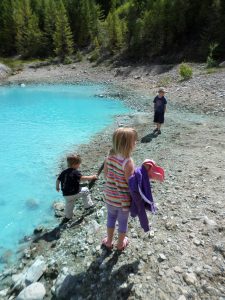 Kids at the Lonestar

(thrown in a month before) with copper. (Story in rockclub news) It didn’t. But it did cover them with a light blue powder.

I got home to learn that one of my credit cards had been hacked and that neither of my printers could be repaired. Then I checked and my plan B printer that had been ordered much earlier had never been picked up for shipping by FedEx. I made sure the seller heard about that and it did get shipped but not until the next week. So with no more books printed to sell at the Farmer’s Market and no way to print the rockclub newsletter, Cheryl and I went huckleberry picking. We did alright and so I went picking again the next day, when I missed seeing my sister Jeannette – who we had not expected to drive by – drove by. I did manage to start a batch of Huckleberry wine, which I plan on having ready in two years (what could go wrong?). 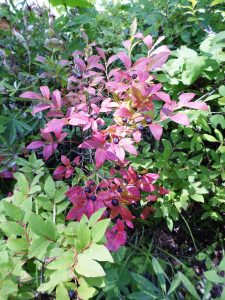 The printer did finally arrive, except that it was not the one I ordered, which would have been able to print on both sides of a piece of paper. The seller figured out that he could send some replacement computer chips to give it that capability, which he did on overnight FedEx. It did finally arrive the next day, but only after the transmission went out on the FedEx guy’s car and he had to rent another one. And yes, the chips did do the trick. So I did a lot of printing for the next few days.

More things have gone awry in August, but I plan to write about that in September, after watching the Olympics in Rio – certainly nothing will go wrong there!

Posted in Blogs on 7 August 2016 by barrecavineyards
One Comment »

One Response to Don’t Make Plans