Between the Super Moons 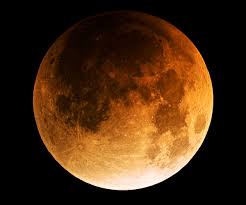 Not our picture but like what we saw of the Super Blue Blood Moon.

January obviously involved a lot of lunacy bracketed by two full supermoons as it was. We encountered our share.

Since it was the beginning of the year doing inventory and writing reports to the Washington Liquor and Cannabis Control Board and the Alcohol, Tobacco and Trade Board (TTB) was mandatory. (It’s curious that locally winemakers are grouped with pot growers and nationally they are grouped with tobacco growers.) Government always wants its share of the pie. 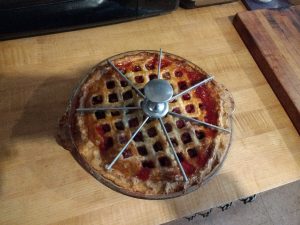 Speaking of pie, On the food and wine end things were cooking. I made pear pie for the 12th night celebration on the 6th, cherry pie on the 11th, apple on the 27th and a pumpkin pie last week. This cherry pie picture ended up on Facebook with a question about the 7 part divider. I highly recommend them. Sure it is easy to make a 6 piece or 8 piece pie with simple geometry, but a 7th is just the right size and the math on that results in a never-ending decimal, a lot like pi.

With winter comes snow and we got our share. I have to admit it is pretty in the morning, expecially when the pre-dawn light gives it a blue hue. Outlines of all the bare branches are also enchanting, but I usually go around and tap those on bushes that are about to break to release them from the weight. Brushing snow off all the cars and waiting for neighbor Jeremiah Jones to come over and plow the driveway and clear the mailbox pretty much takes the charm away. 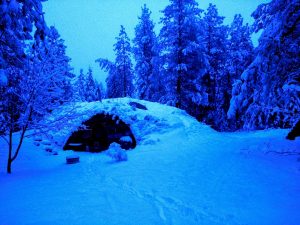 Big Blue Snow (The camera sees it as more blue than we do.) 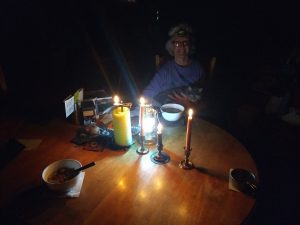 Dinner by Candlelight with Cat

The charm really went away on January 24th when the power went out for 21.5 hours. But by then we were used to breakdowns and related disasters. An early one was the death of Bill Allen, an important member of our rock club. He has organized our annual rock show for several years, cooked for our summer BBQ and run the Rock Auction in November. A word of warning, don’t smoke and don’t rake the snow off of your roof for two days by reaching over your head as you work.

Driving in snow was not fun either. On MLK Day we dug out a lady who did a 180 into the ditch hitting the brakes when she started to slide coming around the curves below our house. She was able to drive out once Cheryl and I cleared her wheels. The girl in this next picture was not so lucky though she was waiting for her boy friend to come pull her car out when I stopped. 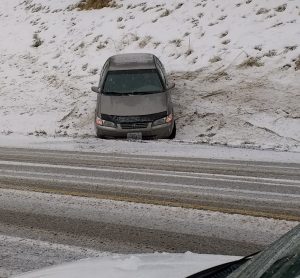 Even when the road is clear, like it was on January 23rd, there is no guarantee of an easy ride. A quarter mile from a tourism meeting I was attending in Colville, my right rear tire went flat. So I walked. Meanwhile our dog Gretchen was not eating and could not poop. Cheryl drove her down to our veterinarian in Chewelah then came back to help with the tire. It was snowing after the meeting when I got back to change the tire. So much for “go to meeting” clothes. The tire couldn’t be fixed. My regular tire guy was sick. Even my barber was sick. Gretchen stayed for two nights and three days at the vet’s. New tires: $309.71. Healthy dog, $825.96. Pretty rough day. During the next week we fed Gretchen a special diet and meds. 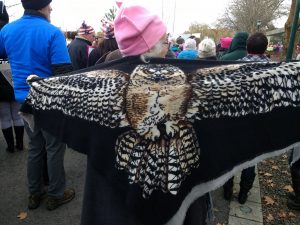 There are definitely things to be grumpy about. A hundred people marched in Chewelah on Saturday the 20th. Cheryl and I joined 6500 other people in Spokane the next day for the Women’s Persistence March. Amazingly we saw lots of old friends, some of whom we had not seen for years. Many of our neighbors also drove the 100+ miles down there to join in. Cheryl made the most of her owl shawl. I was glad that the weather was good. 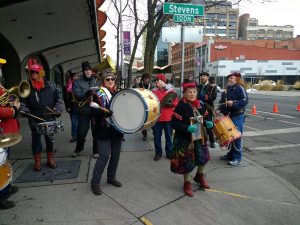 Band with our old friend Bea Lackaff in front.

No blog is complete lately without something about building better soil. On the plus side for me was reading a book, Growing a Revolution by David Montgomery (suggested by my sister Anita and her husband Roger). It had good stories, each with a nugget or two of new ideas and inspiring information. Like making wine, building soil seems simple in principle but complex in practice. 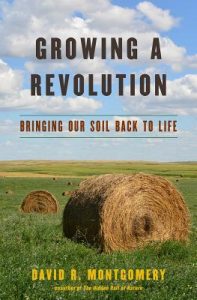 On the home front I followed up on an illustration of a simple biochar cooker made with a 55 gallon barrel. I traded some bird netting to a friend for a barrel. He helped cut a set of holes in the barrel to let gases escape. At home I filled it with wood and built a fire under it. In the illustration it looked like a small fire would char the wood taking advantage of the gases wood makes when heated up with little access to oxygen. Maybe the winter weather threw off the process because the gases did not ignite when they escaped. So I tried again with a bigger fire. That worked better but still seems inefficient and the chunks of charcoal were too big to use without crushing them first. Not a rousing success but the biochar pile keeps building and Cheryl is beginning to think of me as Smokey Joe. 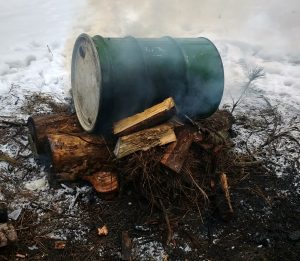 I’ve got more taxes to work on and no more time for moonlight madness until March – when there w ill be another blue moon.

Posted in Blogs on 9 February 2018 by barrecavineyards
2 Comments »

2 Responses to Between the Super Moons