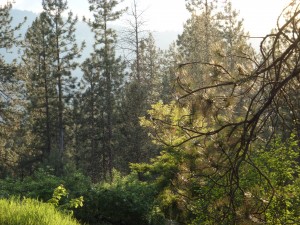 I know, everyone wants to see the second installment of building the underground house. I’ll get to that. Meanwhile it has been a very hot month and there is a lot of buzz about that. I’m not going there either. The thing that struck me about June 2015 was the many encounters with critters that we don’t deal with every day. The first ones were small, but there were millions of them. Actually this picture and video were taken on May 25th. We had our first significant thunder storm on May 24th and it resulted in huge swarms of white flies on May 25th. I didn’t think they would show up in a picture, but in the video they are clear. (click on the picture to see the video.) 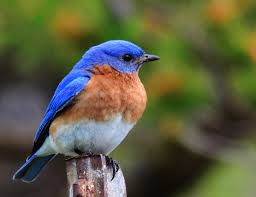 There were fairly ordinary critters throughout the month. One day a frog decided to hang out with Cheryl on the side of the tub while she took a bath. So far the metal flashing I put around the pole that the bluebird nest sits on is keeping our cat Gray-C away from them. There are lots of other birds flitting around the garden as well. We have not identified all of them but are somewhat on our way since Cheryl has been keeping up with Noah Stryker who is posting bits on the Audubon web site about his round the world quest to count 5000 different kinds of birds in a year. (http://www.audubon.org/features/birding-without-borders)

But a few unique occasions arise, like June 11th. I was just going out to the garden, probably to change the sprinkler – there’s a lot of that going on – and over by the garden gate is a small brown bear (relatively speaking – he weighed a lot more than I do). I yelled at him telling him (or her) that bears were not allowed in the garden. He didn’t pay any attention. He was more interested in the Royal Ann cherries that were almost ripe (extremely early due to the hot wheat her) on the other side of the fence. Then I clapped my hands. That got his attention and he high-tailed it back across the street to our neighbor Clarence’s place. I have been care-taking Clarence’s place for a couple of years. 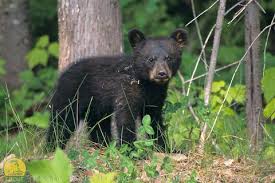 Mine was bigger than this and not so cute.

There is a big van cherry tree in the back yard. Ten days later I went over to pick Clarence’s cherries. There were still a lot on the tree. After I had started picking the outside branches, I realized that the bear had climbed up in the middle of the tree and pretty-much picked it out. I didn’t mind, there were still plenty of cherries. I did consider though that if Kevin Costner can be “Dances with Wolves” maybe I could be “Shares with Bears.” 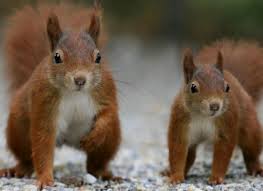 Ours are more gray with brown bellies.

A few days later, June 16th, Cheryl was in the garden shed and noticed a squirrel in the rafters. She tried to chase it out but it got caught in the bird netting I have stored in big coffee bean bags hanging from the ceiling. Called in to help, I climbed a ladder and lifted the bag off the screw it was hanging from and brought it down to the floor, only to find not just one, but two squirrels tangled in the netting. They had started to build a nest chewing a hole through the side of the bag. It took awhile wearing gloves and cutting the net off them with scissors – and holding the dog at bay – to set them free. They scampered off but still seem to be calling the garden shed home. I’m hoping to become a better shot with the wrist rocket sling shot… Cheryl actually hit one with a rock free-hand but it just went higher in the tree. 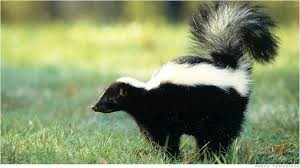 We didn’t actually see one.

I guess it was Friday June 19th technically when at 1:33 AM our dog, Gretchen jumped up from her bed in the bedroom and started barking, then took off through her dog door of the house. I figured she saw a deer out there and was giving chase. Cheryl called her and she came running back in followed immediately by an overwhelming cloud of skunk smell. We figured that she had gotten doused and tried to close her out of the house while we regretted not having any large cans of tomato juice – the standard treatment – and Cheryl about choked on the smell. It was pretty intolerable for awhile and Cheryl went outside to see if the smell had cleared any out there. Of course Gretchen came running up to her, but in a happy surprise, didn’t smell of skunk. After awhile the air cleared enough to go back to sleep and by morning we were in the clear again. 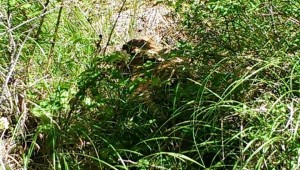 You can oly see the top of it’s head clearly.

That same day I was hiking to the Bubble Dome Cave (album on facebook) with Dan Lutjemeier. We were following a deer trail up a steep south face when right in the middle of the trail, in the shade of big pine tree, was a newborn fawn. It didn’t move or utter a sound when we came up on it. Dan took this picture with his iPhone. I was really sorry that I left my good camera in the car. We went off the trail around it and on up the mountain. 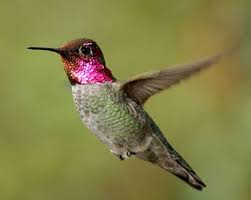 Rufus Hummingbird, common around here, but not as common as Calliope or Black chin.

Around the same time I was awakened very early one morning by a commotion in the kitchen. I got up to discover that two hummingbirds where trying to get out the kitchen window and then noticed that a third was trying to get out through the skylight. I managed to get those in the window fairly easily and release them outside. For the skylight I needed our 10′ picking ladder and a dirty tshirt. I finally got that one too safely out of the house. We guess that they were males (go figure) fighting over the hummingbird feeder outside the back door (which they seem to empty too quickly). The back door was open to cool the house at night. So instead taking the fight outside, they took it inside. Now we close the back door at first light.

FYI: Only the fly pictures are mine. Dan took the fawn picture. I stole the rest off the Internet.

Posted in Blogs on 2 July 2015 by barrecavineyards
One Comment »

One Response to Critters